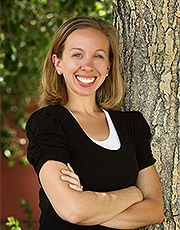 Noelle Reed is the Advanced Industries Manager for the Wyoming Business Council.  Noelle started her role with the WBC in January 2017.  Prior to that, she worked as the Vice President of Economic & Business Development for the Casper Area Economic Development Alliance (CAEDA), nd had been with CAEDA since 2010.

During her career, Noelle has had the opportunity to serve on the Natrona County 2010 Optional One Cent Campaign Committee, participated in Leadership Casper, and became a Certified Economic Developer in 2016.