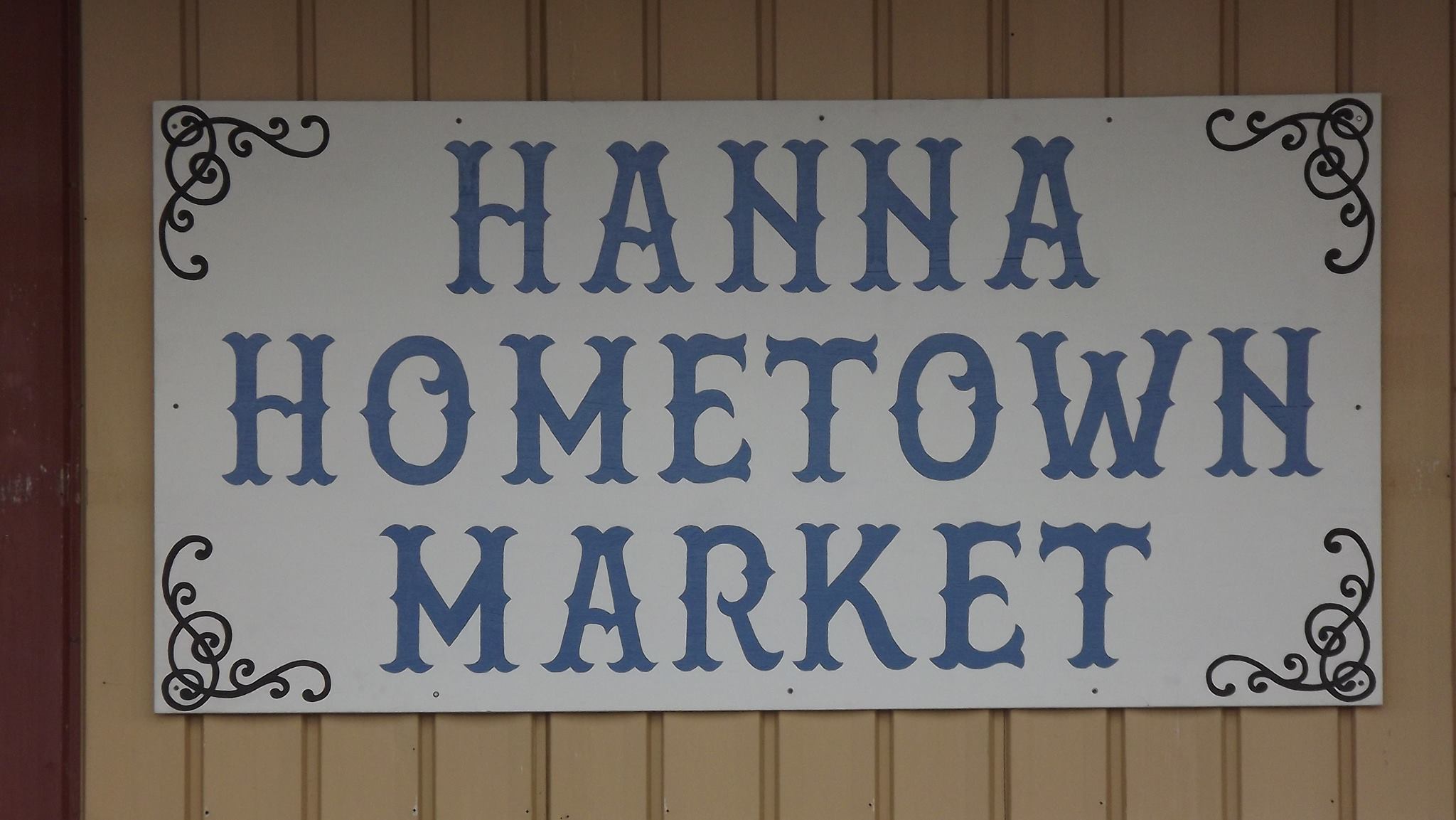 
Grocery stores in Hanna have been difficult to own and operate.

In 2012 there were no local options for the people of Hanna and nearby residents to shop for food as the rural market proved to be challenging to succeed in with a retail food business.

Even so, Kyle and Amelia Young decided the need for a local market outweighed any concerns about past ventures.

Without a local grocery store, many Hanna residents opted to grocery shop at big-box stores in Laramie and Rawlins. During the winter, such journeys can turn into harrowing encounters with blowing snow and icy roads. Even in the best weather, roundtrips can add more than 80 miles to an auto’s odometer.

But, as Kyle observed, “It turns out everyone needs food.”

Kyle grew up in Hanna. After he finished graduate school in 2010, Kyle and Amelia moved back to Hanna. Along the way, Kyle had concluded that his best chance to build wealth would be to start his own business.

“Although I have never worked in retail in my life, I said, ‘Hey honey, let’s start a grocery store,’” he said.

So Kyle contacted the Wyoming Small Business Development Center Network for assistance. Jim Drever, SBDC’s regional director for Albany and Carbon counties, worked with Kyle and Amelia on such things as their business plan, financing, and a property lease at the Miners Plaza in Hanna.

“Jim was pretty phenomenal,” Kyle said. “A lot of what he did was just to encourage me. He set me on a path, what to do first, how to talk to a bank. He worked like an editor. I would submit my business plan to him, and Jim would make suggestions for improvements.”

Launching the store required plenty of perseverance. It wasn’t until Kyle approached a fifth lender, Wyoming State Bank in Laramie, that he was finally able to secure financing for the project. And on July 1, 2015, the Hanna Hometown Market opened its doors.

Kyle said he underestimated how often people would still shop out of town after his business opened, possibly due to the force of habit. For many years, residents had no other choice. Even so, Hanna Hometown Market has been welcomed, particularly by the elderly and others for whom driving long distances to shop is not an option.

To increase the appeal of his store, Kyle opened a hardware section stocked with emergency household items. “If the toilet flapper stops working, you need it right away,” he said. “You don’t want to go 80 miles for a new toilet flapper; you just want it now.”

The hardware section also has had the added benefit of attracting more men into the store. “Now the husbands are coming in,” Kyle said. “Before I had only seen Mrs. Smith, now Mr. Smith followed her into the store.”

In the future, Kyle also hopes to add other services like a small butcher shop, a cell phone kiosk, and perhaps a café. Increased traffic might also result in more food sales and thus more market share and greater selection.

Kyle noted that it took three years to get Hanna Hometown Market up and running. “Most people didn’t worry about the store, they worried about the management,” he said.

But he advised budding small-business owners not to become discouraged by what might seem like endless obstacles and delays.

“If you feel like it’s a solid plan, don’t give up on it,” he said. “You just have to keep grinding away.”