What can happen when growth exits your region 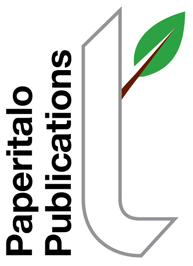 The State of Maine has been experiencing a cataclysmic departure of the pulp and paper industry over the last three decades.  There are many things that have happened to which this can be attributed.  What we wanted to show this month is what resources are available should you experience a similar set of conditions:

ORONO, Maine (From The Kennebec Journal & Morning Sentinel) -- The formation of a team to help the state's forest industry come up with a long-term economic plan, aided by nearly $8 million in grants, is just the start of continued investment in and development of the hard-hit industry, the state's congressional delegation said Friday (29 July 2016).

U.S. Sens. Susan Collins, R-Maine, Angus King, I-Maine, and U.S. Rep. Bruce Poliquin, R-2nd District, joined a representative of the U.S. Department of Commerce on Friday at a news conference Friday held at the University of Maine -- the recipient of some of the $7.7 million in grants announced during the event -- to outline plans for the economic assessment team, which will tour the state next month. Officials also discussed the grants designed to bring the state's forest products economy into a sustainable future.

The Economic Development Assessment Team, created by the Department of Commerce at the request of Collins and King, will visit Maine from Aug. 17 to 19 to help those involved in the industry and state's economy to come up with a long-term plan for economic sustainability and growth, it was announced at the news conference. The tour will include stops at lumber mills, paper mills and the University of Maine, among other sites, King said.

The announcement Friday comes just a few months after Madison Paper Industries closed, laying off about 215 people. Since 2011, five paper mills have closed in the state and more than 2,000 industry jobs have been lost, according to the Maine Department of Labor.

"Our manufacturing is the lifeblood of so many of our rural communities, and reinvigorating it requires partnerships," Collins said. "We still have the wonderful assets for success. It requires creative thinking, partnerships and an inventory of our assets and a strategy for strengthening our economy."

"What products can we create that we can't even imagine from the gold mine of fiber found in this state? This is an incredibly valuable asset," he said.

Poliquin also spoke about the challenges facing Maine's paper industry, including high energy costs and foreign competition and said the state needs to make sure trade is fair.

"We need to make sure the playing field is level, and it has not always been that way for some of our mills," Poliquin said.

"The Economic Development Administration and its federal partners are committed to working closely with Maine stakeholders today and in the years to come to help struggling communities statewide work toward building a robust and enduring economy," Matt Erskine, U.S. deputy assistant secretary of commerce for economic development, said at the news conference. "More immediately, to assist rural communities impacted by mill closures that have taken place here during the last several years, next month's EDAT process will examine how local, state and federal partners can work together to foster future innovation."

After formal remarks, Poliquin elaborated on the need to end unfair trade practices such as the illegal subsidies to the Port Hawkesbury Paper mill in Nova Scotia that spurred the U.S. government last year to place tariffs on supercalendered paper being imported into the U.S. That practice was cited as one of the things that caused the Madison mill to close in May.

Unfair trade policies "are happening all around the country -- not only in Maine, but all over the country," Poliquin said.

Poliquin walked away from a reporter without commenting when asked what he thinks of Republican presidential nominee Donald Trump's stance on free trade. Poliquin has yet to comment on Trump's candidacy.

Collins, King and Poliquin all pushed the U.S. Department of Commerce to put the tariffs into place at the request of Madison Paper, but the mill closed just months after they were implemented. Some of the workers displaced by the closure of the Madison mill continue to work in the forest products and paper industries, including at Sappi Fine Paper in Skowhegan and Cousineau Wood Products in North Anson, according to Poliquin.

"There is plenty of demand for jobs, but it is still very, very sad when you see a mill close," he said. "Having the federal government see if they can do anything to help our industry gives everybody hope. Sometimes the help they can give us is just getting out of the way, so I'll be looking for that and making sure the industry drives this process, not bureaucrats in Washington."

King said the EDAT group is the 30th-ever nationwide. He said there is no set itinerary for the visit to the area but that it will be a "whirlwind" trip for the federal visitors and "just the beginning" of an in-depth look at the forest products industry.

The $7.7 million in federal grants announced Friday includes $4.4 million from the U.S. Department of Commerce Economic Development Administration that will be spread among the Maine Development Foundation, which plans to invest in and coordinate recovery efforts for the forest products industry; Bio-Based Maine, a biomass-based manufacturing company that will develop a "road map" for the state's biomass industry; and the city of Bangor in conjunction with C&L Aerospace, an airplane maintenance company that plans to add 50 jobs refurbishing and repairing aircraft.

In a prepared statement Friday, the executive director of Bio-Based Maine, Charlotte Mace, called the funding from the EDA a milestone for the company and said it will help advance bio-based manufacturing, create good-paying jobs in Maine and "revitalize rural communities."

Also included in the $4.4 million from the EDA are investments that will go to the Bangor Target Area Development Corp. to work with Twin Rivers Paper and Cerahelix Corp. to assist in moving Twin Rivers' research and development operation from Montreal to Orono; and Central Maine Community College, in Auburn, for the expansion of its precision machining technology center.

In addition, the U.S. Department of Defense will award a $3.3 million grant to the University of Maine Bioproducts Research Institute for research on turning biomass into jet fuel.

And if we can help with your sticky problems, just email me at jthompson@taii.com.

Talo Analytic and Paperitalo Publications are uniquely able to help you

Jim Thompson, CEO of Talo Analytic International, Inc. has served as Independent Engineer for financial institutions on approximately $6.5 billion in pulp and paper projects in the United States in the last twenty years.  No one individual has done more of these projects (about twenty unique projects).

We have the expertise, over twenty years of it.  We know the markets, we know the players.  Feel free to contact us any time.